There’s this negative person in my life who thinks that there is nothing I can do right. She constantly nags me and keep me up all night in a state of perpetual anxiety. She is my worst critic. She makes me second guess my every word and move. She’s a perfectionist procrastinator who never gets anything done because she is afraid of the inevitable failure. She’s more afraid to fail than anything, having experienced the pain of it over and over. She is a total pessimist. That awful Negative Nelly, resides in my head and she is driving me nuts. She keeps me humble, but I wish she would pack her bags and leave. 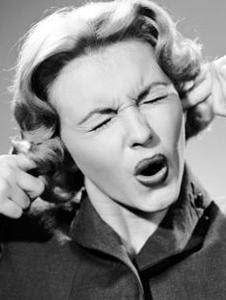 Then there’s this other ray of sunshine, who makes a very rare appearance. But when she does, I feel on top of the world. Blogging sometimes draws her out. That one kind word. Supportive comments from kindred spirits going through the same struggles. The WordPress Blogosphere feels like a safe place, where she can come out to explore and not feel like a total loser (there goes negative nelly again..sigh).

I am tired of being anxious and depressed. I have encountered enough mean people criticising me in real life. I don’t need to add to the negativity, so I am determined to silence my inner critic.  This negative voice wasn’t there when I was an itty bitty child, but somehow emerged from the countless number of negative people I met along the way.  One of them was probably the teacher who called me stupid for not being able to spell the number eleven when I was in primary two.  She made me stand in front of the class as I struggled to get it right.  I still remember the shame I felt.  I was crushed and truly felt like the stupidest being on earth.  Various little encounters like that has made its way into making my inner critic the monster that it is.  That is why I feel strongly that children should only be spoken to with love and never ever shamed.

I wish I could go back to my untainted childhood voice at age 3. The confidant voice that believed that anything was possible and within reach. The child-like eyes that saw the endless possibilities and promise in every little thing. The closest I have come to this is when I spent time with my friend’s two and a half year old (he’s not 2 anymore). You see things through their eyes.  Somehow after a day with a happy well-adjusted toddler, their magic rubs off on you and you are happier too.  For me the best medicine for negativity is to spend some time playing with legos or painting with a child and you will recapture a bit of your own wonderment.  Or spent time with friends who are truly child-like and positive. I have met some joyful bloggers and want to thank them for spreading their happiness.

Pay no attention to what the critics say; no statue has ever been erected to a critic.”

3 Responses to Finding the Rainbow