Only Juliette Lewis Could Pull Off Blue Hair At 37

I just adore Juliette Lewis. You may remember her as the precocious 17 year old who pulled her weight opposite Robert De Niro in Cape Fear. Many people forget that she was one of the first girlfriends of Brad Pitt, when she was just a teen.  This was before he was engaged to Gwyneth or married Jennifer Aniston.  The Media is so biased. The double standards piss me off.  They always gun for the woman, but never comment on the man going from one woman to the next. 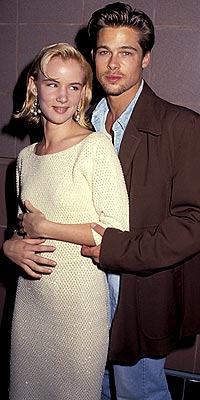 She stars in Switch with Jennifer Aniston and they got along fabulously well which attests to the fact that they are probably both really nice down to earth undiva like girls. Even though they deny it I can’t help but wonder if they did talk about their ex.

Anyway even if it is a flop, I want to watch it. It can’t be that bad if it has both Juliette Lewis and Jason Bateman in it. And most of all I love Juliette Lewis for her cute dance in the Daft Punk Gap Jeans Ad.  This was from 5 years ago but she is adorable and just seems like a lot of fun.  She is a Scientologist like Tom Cruise. Who would have thought? Another fact most people probably don’t know.